You don't have any saved vehicles!

Look for this link on your favorites:

Once you've saved some vehicles, you can view them here at any time.

CALL US FIND US
Home » Gas vs. Diesel Engines

If you’re considering buying a new automobile, compare the pros and cons of diesel-powered vehicles. Consider these facts to help you decide between a diesel-powered engine and a gasoline-powered one.

Another benefit of gasoline is availability; there are certain areas where stations do not necessarily have a diesel pump. This could hamper drivers’ productivity if they are spending too much time looking for places to fill up.

Advantage: Gasoline
The diesel engine’s fuel efficiency advantage, however, must also be weighed with its bigger price tag. In Class 3-4 trucks, the incremental cost for the diesel engine is between $5,000 to $8,000 or more than its gasoline counterparts. The diesel/gasoline price gap has nearly doubled over the last few years due to the exhaust after-treatment technologies developed to comply with Environmental Protection Agency (EPA) regulations for diesel emissions. A diesel engine’s higher strength components also factor in to their higher up-front cost.

A quick way to figure out if you will be able to recoup a diesel vehicle’s initially higher cost is to use this rule-of-thumb: use the mileage break point of 30,000 annual miles. Above that number, diesel usually makes financial sense. At or below 30,000 miles, gasoline is a viable lower-cost option. Run a fuel-cost/comparison analysis specific to your truck’s application to calculate the payback period to assess whether the diesel engine will generate cost savings, within an acceptable timeframe.

Advantage: Gasoline
Over time, regular maintenance on a diesel generally will cost more than a gasoline engine. The diesel engine has components that are either not found on a gasoline engine or require servicing more often.
Oil changes for a diesel engine cost more and are required more frequently. Filters are required to be changed more often. Also, getting access to the engine and components can take longer, resulting in higher labor costs.

Advantage: Diesel
Why are diesel engines expected to last substantially longer than comparable gasoline engines?
Diesel engines have high-compression ratios and high cylinder pressure and, as a result, require sturdier engine parts – for example, block and cylinder heads, valves, crankshaft, and pistons. This is necessary to dissipate the higher engine temperatures and the higher compression ratios attained in a diesel engine. Also, a diesel engine’s exhaust system will outlast a gas engine exhaust system because diesel fuel exhaust is not as corrosive as gasoline engine exhaust.

The diesel engine’s operating efficiency as another key to its longevity. A diesel achieves higher torque at much lower speed, so it’s operating at much lower rpm [revolutions per minute], a greater percentage of the time than gasoline engines. And the lower engine speed translates into fewer times a piston has to move up and down, the fewer times a valve must close, and so forth. All these things happen lots of times, but not quite as often as it does in a gasoline engine – and that impacts overall life.

Advantage: Diesel
The diesel engine is a more suitable choice if towing capacity is critical to your operation. The torque advantage of diesel engines is better suited for pulling heavy loads up steep grades. The relatively high-compression ratio necessary to ignite the diesel fuel (17:1 diesel versus 9:1 gasoline), allows the diesel engine to generate all its torque and power at a lower rpm. This gives you more power off the line compared to a gasoline engine which generates more power the faster it’s moving.
While appropriate for certain demands, using a gasoline truck for heavy towing in most cases will result in significantly reduced engine life and increased gasoline consumption.

Advantage: Diesel
Which is better for resale values? The market perceives that a diesel-powered truck with 150,000 miles on it has much more remaining useful life than a gasoline-powered truck with comparable miles. And therefore, the diesel commands a higher price.
There’s such a variety of companies and industries that legitimately need diesel trucks for towing and increased payload. Many of these companies are smaller, and, consequently, have a smaller fleet budget – they are going to be looking for used vehicles. This means an opportunity to attract a larger buyer base, increased demand, and therefore command higer premiums.

You don't have any saved vehicles!

Look for this link on your favorites:

Once you've saved some vehicles, you can view them here at any time. 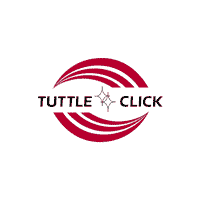